Michael Schneider is a world-renowned classical pianist, active collaborator, educating artist, and composer. He first performed with an orchestra at the age of 11 and, since then, has performed as a soloist and collaborator throughout North America and also abroad in Europe and South America at prestigious venues. Michael has been teaching piano for over 30 years. His passion is to educate music students and ensure that the love and understanding of music is passed on to the next generation. 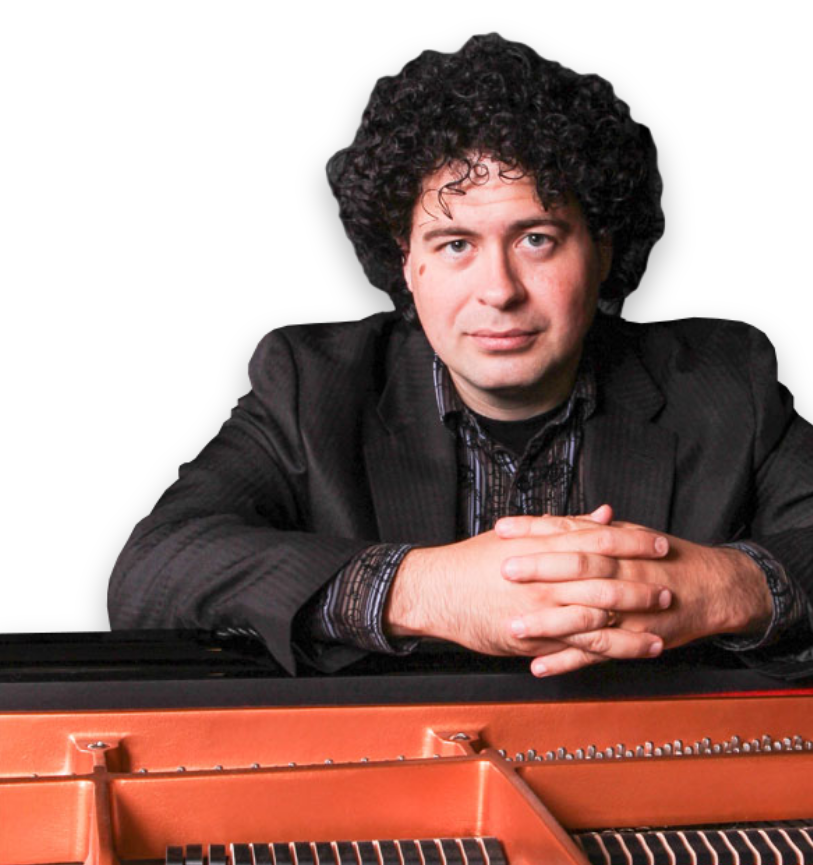 We work diligently to establish a strong foundation, preparing students for whatever their musical future may hold. Master the Music’s teaching philosophies and methods are founded based on some of the best pedagogical minds in the world, coupled with over 30 years of experience by founder Dr. Michael Schneider.

For beginning students, we have a defined multi-year curriculum that assists in teaching fundamental music skills. This curriculum is not just paper-based but also includes video modules for students to watch at home while they practice so they can better retain the instruction they received. For advanced students, video modules support repertoire and technique-specific needs.

Through the video-supported curriculum, students have opportunities to earn points and receive badges and certificates for reaching learning goals and milestones. Participation is recognized and rewarded regularly.

In addition to offering traditional recitals multiple times a year, we collaborate with local community centers to offer students the opportunity to see how music can impact lives firsthand. We believe the gift of music is meant to be shared and these types of performances are often powerful experiences for students and audiences alike!

We focus not just on instrument instruction and proficiency, but a well-rounded music education. No one knows where a student’s musical journey will lead but we believe in preparing that student for all aspects of the journey. Lessons include theory, composition, ensemble opportunities, and more!

Master the Music Academy operates out of the home of Dr. & Mrs. Michael Schneider in North Richland Hills, TX. Their in-home studio includes the formal Lesson Studio as well as the Learning Center. The Lesson Studio is equipped with a lovely 6’2” 1906 Mason & Hamlin Grand Piano that has been completely restored. The Lesson Studio also includes full audio and video recording capabilities. The Learning Center includes multiple student workstations designed for theory and ear training, an upright piano, a digital keyboard, a comfy chair for parents, and an area for toddlers and young children to play. Music scores and books are kept on-hand and are available for purchase.

A full coffee and snack bar is available. Students are welcome to arrive up to 30 minutes early for their lesson to take advantage of the Learning Center. Street parking is easily available. 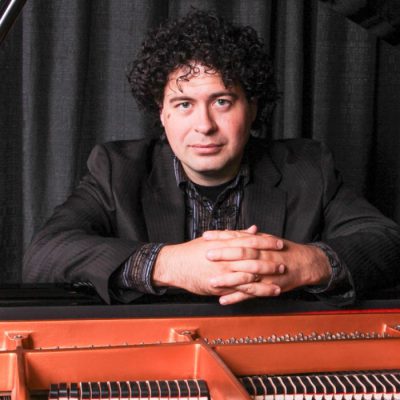 Dr. Michael Schneider has over 30 years of experience teaching piano. He studied piano pedagogy at some of the finest institutions in the world and the techniques he employs have been gleaned from some of the world’s most-respected pedagogues that have a teaching legacy back to piano masters such as Czerny and Beethoven. Dr. Schneider has six collegiate degrees in Piano Performance from conservatories and universities and has been a major prizewinner in international competitions. He also played multiple instruments in his youth and was an all-state violinist and oboist in the state of Texas. His career has been multi-faceted and varied. He is a commissioned composer, conductor, and collaborates with some of the biggest stars in the classical music world. However, in his soul, he believes that passing on what he has learned from the best pedagogues on the planet is his duty and responsibility to the next generation. 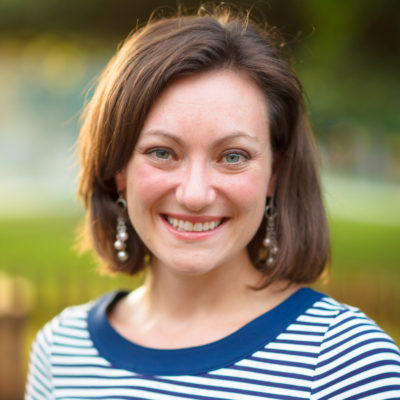 Alissa Schneider holds a Bachelor of Music degree in Vocal Performance from the Cleveland Institute of Music (CIM). During her undergrad, she also studied at the American Institute of Music Studies (AIMS) in Graz, Austria. At CIM, she had the opportunity to work closely with David Bamberger, founder of Cleveland Opera, and continued to work in CIM’s Opera Department as the Administrator for several years following graduation. During that time, she also worked as a Stage Manager for Cleveland Opera, Red {an orchestra}, and other arts organizations. After several years, Alissa made a career change into Management Consulting, specifically related to data and technology, and spent over a decade advising Fortune 500 C-level executives on their data and technology strategies. But, in her soul, she loves music and is overjoyed to have the opportunity to bring Master the Music to life. She passionately believes in providing an environment where children and families can benefit from a fresh approach to music education in the 21st century and can do so with an exceptional teacher at the helm so that no child or young adult will ever look back and think that their elementary and secondary music education held them back in any way from being prepared for their unique destiny. 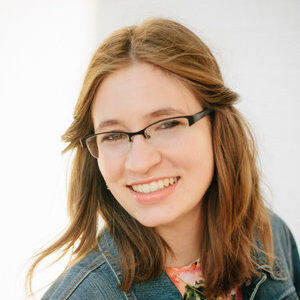 Emily Horton is a composer, classically trained pianist, arranger and transcriber. She has worked as an accompanist, studio musician, arranger, and transcriber, collaborating with worship bands, singer/songwriters, church and community orchestras and composers. Her music includes works for solo piano, chamber ensembles, chorus, musical theater, orchestra, film, electronics and other multimedia. In 2018, Dallas Baptist University premiered her Mass in A: A Soundtrack of Grace, a setting of the mass ordinary for mixed choir and string ensemble, electric guitar and harp. From 2018 to 2019, Emily collaborated as music director, accompanist and arranger for the musical Beyond Perfection, which became a finalist in the 2020 Rave Festival in New York City. In 2019, the Texas Christian University Symphony Orchestra read the first movement of Emily’s To Wander and Return: A Concerto for Organ and Orchestra, with Matthew Lovelace conducting and Emily performing the organ solo. Emily holds an MM in music composition from Texas Christian University and a BM in music theory and composition from Dallas Baptist University. She is from Austin, Texas and currently works in the Dallas-Fort Worth area.

We are actively hiring for a part-time violin teacher position based in North Richland Hills, TX. Email jobs@masterthemusic.org for more information.

The greater purpose of Master the Music is to glorify God through music education, performance, and composition. We believe in establishing a community that will encourage and build up one another in a healthy way with an understanding of where our musical gifts come from and how to serve one another with them. Music is meant to be shared! It is a divine gift imparted to us that is meant to bless our lives.

Master the Music encourages and inspires the next generation of rising musicians by demonstrating that music education within the community can be of the highest level, able to prepare the most gifted students for their journeys, and that it is possible for the professional musician to build a successful career and serve the community they live in at the same time. Too often our post-secondary educational system fails to prepare graduating collegiate musicians for the world that they will face. Most music students graduate with a degree but with no plan for employment after graduation. They are getting by strictly on a gig to gig basis. In our experience, we’ve seen that the average collegiate-trained musician will often go on to get masters or doctorate degrees simply because they are unsure of what to do next. Once those degrees are over, they are oftentimes left in no better position with very few, if any, stable career opportunities. A few bright individuals have figured out creative ways to maintain their craft professionally, talent notwithstanding.

However, at the opposite extreme, we’ve witnessed individuals that have achieved monumental performance success, but it does not fulfill them, it does not always pay the bills, and their lives have ended tragically. Most musicians we know fall in the gap where they have figured out to teach in the school systems or in someone else’s music school and have some regular community gigs (such as yearly competitions or festivals) but, again, this offers little growth to individuals that have growing needs as they mature and eventually have families of their own.

Dr. Michael and Alissa Schneider’s dream is to make Master the Music successful, not just for themselves, but so that others can benefit from the business model they are formulating. Most musicians are not entrepreneurially-minded and they lack the business sense and time needed to start a business. The ultimate goal of Master the Music is to prove its success and then expand into a franchise model with a financially low entry point so that other aspiring professional musicians can experience more freedom and stability in their lives while being able to focus on what they do best: teach, perform, and inspire the next generation.

Look who came to Chamber Music Camp this week! Cel

Michael Schneider to perform with the Fort Worth S

Does your child want to learn to play the piano? C

Located in North Richland Hills, TX 76180
(Near the intersection of Mid-Cities & Rufe Snow)